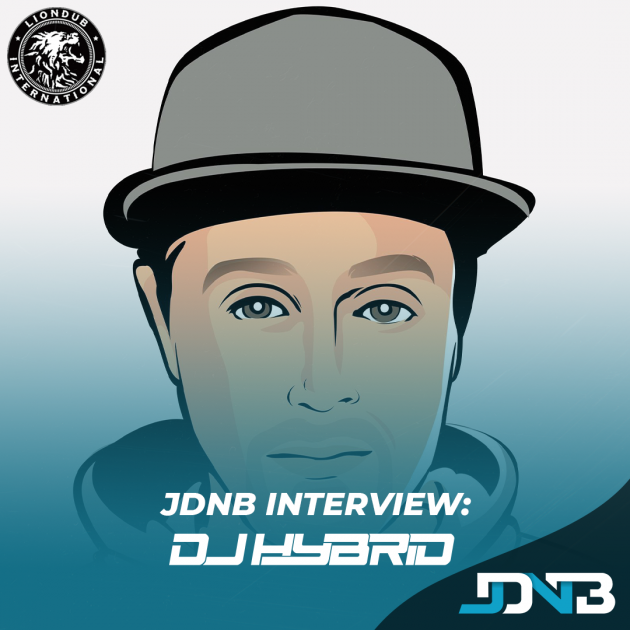 Rising to prominence in 2013 with his chart-topping track ‘Badboy’, championed by many as a modern jungle classic, DJ Hybrid has remained an ever-present figure. In 2015 he won ‘Best Breakthrough Producer’ and ‘Best Breakthrough DJ’ at the We Love Jungle Awards in London. In November the same year his debut album ‘Mixed Origins’ received support from across the entire Dance music scene. In 2017 his label 'Deep in the Jungle Records' won the award for 'Best Jungle Label' at the We Love Jungle Awards, a huge milestone in the artist's career.

Since then Deep in the Jungle Records has been recognised as one of the most prolific and forward thinking Jungle labels around. DJ Hybrid is seen as one of the leaders of the modern Jungle movement, his unique style allowing him to gain a loyal following worldwide.

In 2019 he was voted 'Best Jungle Producer' at the We Love Jungle Awards which was quickly followed by his debut Glastonbury and Boomtown festival appearances. He has also been busy working on his new album which will be released worldwide on Liondub International later this year and with two singles recently released from the album we thought it would be good to have a chat.

I've just been working from home mainly, I run a couple of record labels and also do 1-2-1 production sessions with my Patreon subscribers so I've actually found that I've been really busy over the pandemic but just not with gigs and traveling about.

I've always had a very eclectic taste in music so when I was younger I started off listening to punk, rock and metal music then got into garage & electronica and then was a massive hip hop head but jungle, drum and bass really grabbed my attention when I was around 16/17 and I quickly became obsessed with it.

What first got you into jungle drum and bass, was there a specific track that made you think “yeah this is the genre for me”?

I used to listen to random compilation cd’s but didn’t really know many producers or dj’s, I think it was when I went to Creamfields in 2005 and I heard Andy C, DJ Zinc, Roni Size and Dillinja for the first time and I just loved every minute of it and after that night I remember thinking ‘I want to be a dnb dj’

I think probably winning awards for Best Producer and Best Breakthrough Producer, but I'm also very proud that my label ‘Deep In The Jungle’ won best label 2 years in a row. Other than that I'd say probably my ‘Let Me Be Your Fantasy’ remix being released last year, as I had heard that tune so many times over the years and never thought that I would officially remix it and meet Baby D etc.

I have a Pc with Cubase 11, SSL 2+ Interface with Adam Audio T7V Monitors. I'd have to say currently my favourite bit of kit is my Clarity M Analyzer which is great for giving you a reading and better idea of what's going on in your tracks

‘First Rule’ is out now on Liondub International, how did the link up with Martial Taktics and MC Foxy come about?

So I had done a set with Foxy in Barcelona the previous year and we had a good laugh and I think we might have mentioned doing a tune together at some point. I was with my good mate Ben (DJ Agro) one day and he was on the phone to Foxy sorting out vocals for a tune and Foxy mentioned he had more vocals ready to go so I said I was interested and he sent them over.  I started working on the tune but I felt like it was missing something so I sent the stems over to Martial Taktics as he’s a very talented producer and he put the finishing touches on it and the tune just came together.

And you have a new track taken from your forthcoming album on Liondub dropping soon, tell us more?

The next single is one of my favourites from the album titled ‘Digging Through The Archives’ which features the very talented Taja who usually works with hip hop and electronica producers but I think she flows so nicely over drum and bass. The idea behind the track is about digging through the archives of your dad's old jungle records so it has a very nostalgic feel to it.

What can we expect to hear from you on the full album?

It’s a jungle / drum and bass album but it features many different styles and bpm’s ranging from 165-180. I really wanted to try and encapsulate everything I love about jungle and dnb and make it a very eclectic album but at the same time not stray too far from the sound that everyone knows me for. I suppose the main thing I wanted to try and get across to people is I'm so much more than just a jungle producer and I make all styles of dnb but at the same time don’t forget that my heart will always be in jungle music no matter how influenced by modern dnb I am.

As a label boss yourself what bit of advice would you give to new producers wanting to get their tracks heard by the major labels?

I would say just take your time and don’t bombard them with demos but also keep trying as just because they might not get back to you the first few times doesn’t mean they aren’t feeling the tunes they just get so many demos they don’t have time to give feedback on every track.

I genuinely get inspiration from everywhere, it could be from watching a film or documentary or from a car driving past my window playing tunes, I think sometimes I just get a rhythm or a beat in my head and can’t help but tap along to it. For many years I literally just listened to dnb non stop but as I've gotten older and have progressed in my career I find that I listen to much more of the music that I used to love when I was younger like rock, metal and hip hop. I went to see Slipknot last year before the pandemic happened and it actually gave me a huge boost of inspiration to write tunes which I didn’t really expect but it really helped me branch out and work with new types of sounds and ideas that I wouldn’t have thought of previously.

If you could remix one track from Liondub International,  which one would it be?

Production wise I would like to work with more vocalists but DJ wise I would really like to get out to New Zealand as I had my debut NZ/Aus tour scheduled for last year and I was 3 days away from flying out there before everything got locked down. It's been really hard to deal with tbh as since then i've seen a lot of people I know going out there and i'm happy for them but it's frustrating at the same time as I had so much planned out there and it all just got taken away from me at the last minute and I felt like at that point the timing was perfect for me to go out there and now it feels like i'm kind of late to the party.

Probably the fact you support and feature my labels releases on there haha!

Just a massive thanks to everyone that supports my music and my labels and also a big shout to Liondub and all the other labels and promoters I work with on a regular basis such as Born On Road, Serial Killaz, Jungle Cakes, Rumble In The Jungle & Bristek. Also a special shout to my agent Ben at the Hot Cakes agency!

'Diggin Through The Archives' by DJ Hybrid feat. Taja is out now on Liondub International: Download / Stream Here