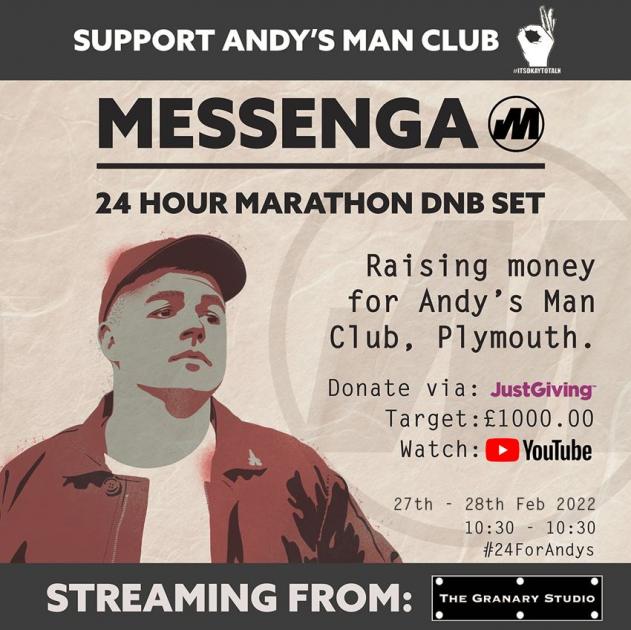 Messenga (Lewis Stone) is no stranger to us here at JDNB. In fact Lewis is a dear friend of ours. Before moving on due to a heavy workload, Lewis was our dedicated JDNB Soundcloud Manager.

Messenga is a longstanding drum and bass DJ and promoter from Devon, co-founder of Lateral DnB, has released music through OScity, SubDivision and Urban Wildlife, with support from BBC Introducing and is the Playaz DJ Comp winner. He was introduced to dance music and began mixing UK Hardcore vinyl records in his early teens. He moved further into the South West, gained various residencies, and became a committee member for the DJ society 'UpBeat'. He has also co-hosted 'Access All Areas' on Brooklyn Radio in past years and has played a vast amount of the major nights in the Southwest and beyond, supporting countless heavyweight artists along the way.

Messenga has a long history of promoting, booking and playing alongside many notable artists and now currently holds down a residency with Eclipse Plymouth, and is a guest at many other events in the Southwest and into Europe.

Messenga is going to be hosting a 24hr Marathon Set Fundraiser for Andy's Man Club in Plymouth.

We thought it would be a good idea to ask Lewis in for a chat to see if we can find out what this is all about, and I’m happy to announce that he agreed.

Hello Lewis. Thank you for taking the time out to talk with me.

My pleasure - thanks for having me!

Due to the current pandemic, in what is a difficult time for most, how has 2021 been treating you?

Like most, it’s been a bit of a rollercoaster. Personally, it’s been a year of big change in my personal life, coupled with the additional hurdles COVID has a habit of throwing in the mix for all of us, but I’ve certainly come out of the end of it in a good way, which I am thankful for.

We hear you will be hosting a 24hr Marathon Set Fundraiser for Andy's Man Club in Plymouth. Can you tell me what this is in aid of?

The Plymouth group welcomes between 25-30 men to their meetings week in, week out, offering nothing short of a lifeline and a comfortable space for men to open up through peer support.

For many, these groups provide the first opportunity in which they feel they can speak out and no longer suffer in silence. The approach these groups take in getting guys in a room and opening up is what makes them so important.

To put things in to numbers it is known that around 5000 people die by suicide every year, 75% of which are men, with suicide being the biggest killer of men under the age of 45. Charities like this aim to tackle the issues behind these figures head on.

I can’t stress the benefit of the work Andy’s Man Club does enough, so I’d encourage anyone reading this to watch this short video.

I’m certainly not the guy to be running marathons or climbing mountains, so DJing for 24 hours straight is my method of choice to generate donations for these guys…and a challenge for me. Following my 12 hour marathon set in 2020, I realised there was a further opportunity to support a great cause by raising the bar.

If we’re successful in this fundraiser, donations will not only provide huge support to the local Plymouth meetings, but they will also allow the wider Andy’s Man Club charity on the whole to open up more much needed groups, particularly in Devon.

Will you be having any special guests and / or MC’s with you?

There may also be a couple of extra special guests joining us on the day, but mum’s the word for now…

Can anyone attend? If so, where exactly will the fundraising event be held? Will you have a camera crew with you and will it be streamed live? If so, which platform are you using so can people watch?

The event can be viewed online, we will be streaming to > Mixcloud <

We’ll be running a multi-camera production and will be streaming out from The Granary Studio, which we welcome anyone to view online. So please save the link and organise a day in/garden parties, Sunday Fun day gatherings or whatever takes your fancy, wherever you fancy, turn up the volume and enjoy!

What are the dates and times for the event?

Are there any sponsorship opportunities? If so, how can people contact you about this?

Yes absolutely, and I’ve been overjoyed with how many sponsors have shown support so far, from the UK, Europe and further afield.

There are different levels of sponsorship available in exchange for donations, social shouts or prize contributions.

All public donators will automatically be entered into a prize draw for one lucky winner a big prize bundle giveaway including event tickets, Amazon vouchers, various merchandise including a Mr.Raving Face T shirt, an NFT of the illustration of me that’s included in the event artwork courtesy of Rebus Illustration and more to come.

Quick shout out to all sponsors involved thus far below. 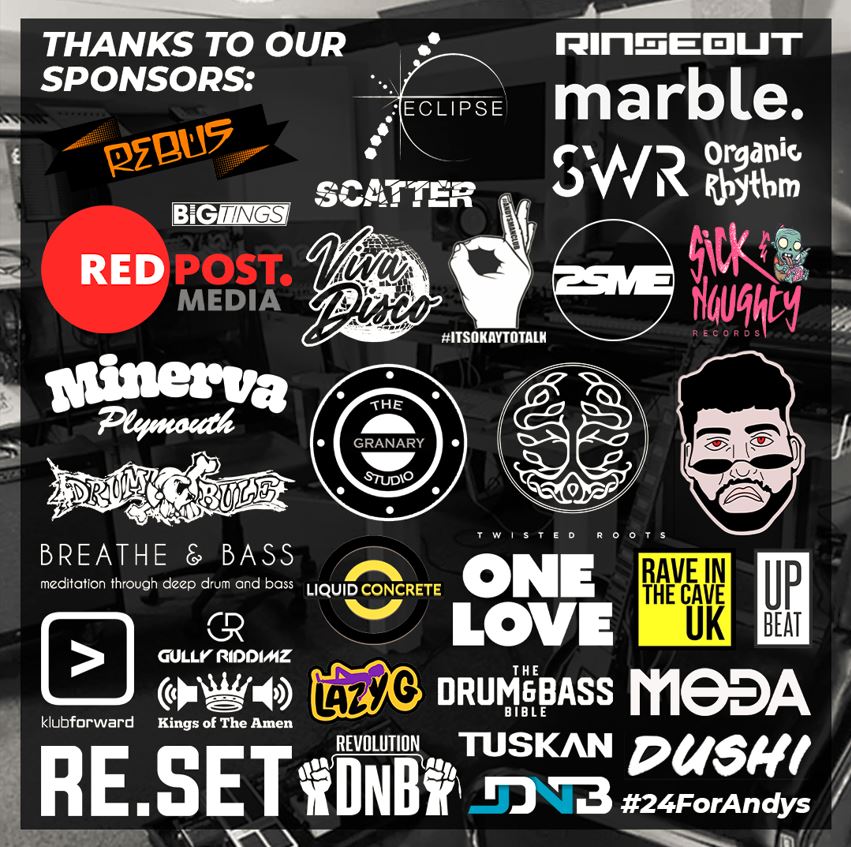 Will there be a page where people can go to make a donation? If so, when will this page be live and where will it be?

This is live now via JustGiving and can be found HERE.

Do you have an event page on Facebook? Or will this be added to your own or DJ Facebook page?

Yes, there is a Facebook event, which can be found HERE, so please hit ‘Going’ or ‘Interested’ to stay up to date with the entire goings on in the run up.

What can you tell us about The Granary Studio?

Run by pillars of the music community in the SW, Benny Crispin and Dan Kelly, The Granary Studio is an incredibly well equipped and fully supported studio space catering for all musical creative’s from producers, singer-songwriters, DJs, bands…you name it.

A real asset to the Southwest and I would encourage anyone looking to step up their game to check them out at www.thegranarystudio.co.uk I’m incredibly grateful to the guys for giving this campaign a home.

Thank you for taking the time out to chat with me Lewis. We at JDNB wish you all the best and hope you have a successful fundraiser.

Thanks again so much for having me and for shining a light on Andy’s Man Club. Much love to you and the team.