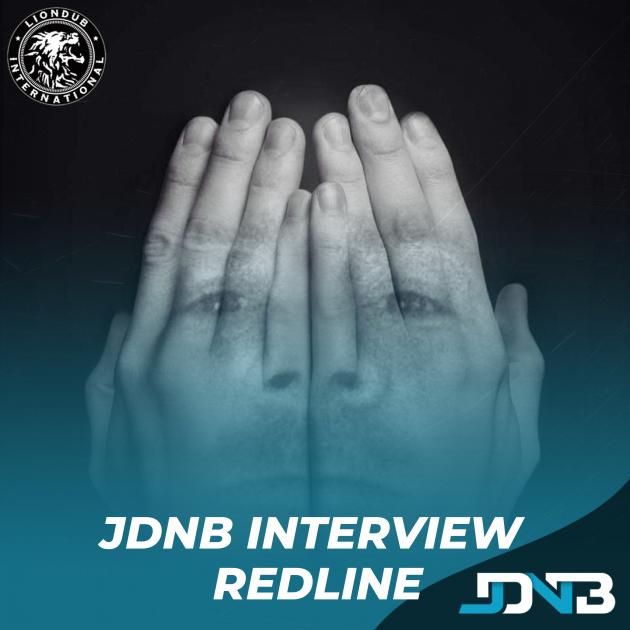 If you didn't know yet, Luton based Redline had an EP drop on Liondub International's sub-label Uproar Audio recently.  His Lovin You EP is best described as being hard-hitting, yet warm and classic sounding. This one is for the heads who love minimal jungle and rollers that are simple, soulful and deep.  We had a little chat to find out more about him and also the EP.

My name is Darren. I was born and still live in Luton , I've been DJing since around 2000 and producing seriously for about 9 years .

Growing Up i would listen to a lot of rap/hip hop and loads of reggae, it wasn't until I was in the last few years of school I got into the whole rave sound, jungle, hardcore and all other aspects of the rave scene .

Jungle / dnb brings people together from all walks of life no matter your background ethnicity or where you're from. It's a way of life for a lot of people, there's no better feeling than hearing them big basslines and beats coming out of a massive system either in a club, car or at home. The fact it's lasted so long and still is going all these years later where many other genres have come and gone speaks volumes of just how much it is loved .

I remember being around someone's house, must have been about 96/97 and there was a jungle tape playing, I think it was a Kenny Ken set from an Amazon event and I thought what the hell is this? I was hooked straight away , it was so different to everything I'd heard before that, I mean I'd heard the old skool rave tracks before but the beats and 808s with jungle just grabbed me. The next day I was in my local record shop buying my first of many tape packs. I used to always go straight for the Ray Keith and Blackmarket tapes. They were a big inspiration when I started djing.  The next stop was hitting up the illegal raves and then the big raves like Helter Skelter, United Dance, One Nation and Slammin Vinyl. If I was to pick a track that just stood out back then I'd have to say Omni Trio - Renegade Snares (Foul Play Remix) that drop and the vocals were just next level.

Love your ‘Lovin You EP’ on Uproar Audio, excuse the pun.  Give us an insight into the procedure to get these out there and how it was working with the sub label from Liondub International?

Thank you, it's great to finally get it out there , it's been a while in the making and has gone down really well. I was at home one day and got a message from Erik (Liondub) who I'd always been a massive fan of both him and his label. He asked me for some tracks as he had heard a few bits I'd released on Deep In The Jungle and that he really liked them. I then signed a few tracks to Liondub International for a couple of compilations, then he spoke to me about this release which I was hyped about.  I sent him a few ideas and finished tracks, he pretty much picked the tracks that were on the release and the rest is history. He was a massive help getting the tracks to sound right and I took any criticism or ideas he had on board .

Definitely getting tracks signed to Liondub/Uproar & Deep In The Jungle.

Being part of multiple compilations that have been number 1 in the dnb chart and having Solo projects in the top 10.

Having Djs i've looked up to like Ray Keith and Blackmarket playing my tunes .

I built my own studio a few years ago, it's not the biggest space but it's perfect for my needs.  I produce all in the box, my DAW of choice is Studio One, favourite plugins would be Serum , Massive and Vital and I love my Fabfilter and Soundtoys bundles. I'm currently using Mackies but looking to upgrade to Adams very soon. I've played with hardware in the past and it is definitely something I wanna look into in the future.

Inspiration comes in all forms , it could be a movie or tv program, another track I've listened to or a sample, sometimes even flicking through presets and tweaking them.   I tend to find once I have an idea in my head I need to get it down quite quickly or hum it into my voice notes for later. Listening to other types of music and sample packs from other genres also helps .

Talk to other like minded people , either go out and network or get involved in your socials. One good thing about social media is you can be making tunes, chatting to people from all over the world once you have a good group of people that are playing your tracks, and feeling what you do start sending them to labels. Sounds so obvious but look for labels that are releasing tracks that are similar to your style,  no point sending jump up to a label that releases predominantly jungle or rollers and vice versa. Don't be disheartened if you don't hear back straight away remember these people/labels/djs are busy too and sometimes it takes a little while to get back to you. Another thing to think about is the way you approach them, a little introduction of yourself, what you do, previous labels you are signed to if any and why you think they would like your track etc goes a long way .

If you could remix one track from the Uproar Audio back catalog, which one would it be?

Veak - Put Up Your Lighta

Just to get more music out there, got some wkd projects on the go with Bill N Ed from America and Vies (Dublin & Luk Peers) from Canada , currently working on an EP for Dutty Bass Audio and have a few tracks coming out on various compilations.

Interviews, releases and events all in one place. What's not to like

Just wanna big up Erik all the Liondub and Uproar gang for the opportunity, and all the other labels, DJ's and Producers I have worked with, big ups Bill N Ed, Vies and all my Dutty Bass Family, and a special mention to My Girl Becka who always pushes me and gives me time to get out in the studio and of course the www.jungledrunmandbass.co.uk gang.

'Lovin You EP' by Redline is out now on Uproar Audio: Download / Stream Here