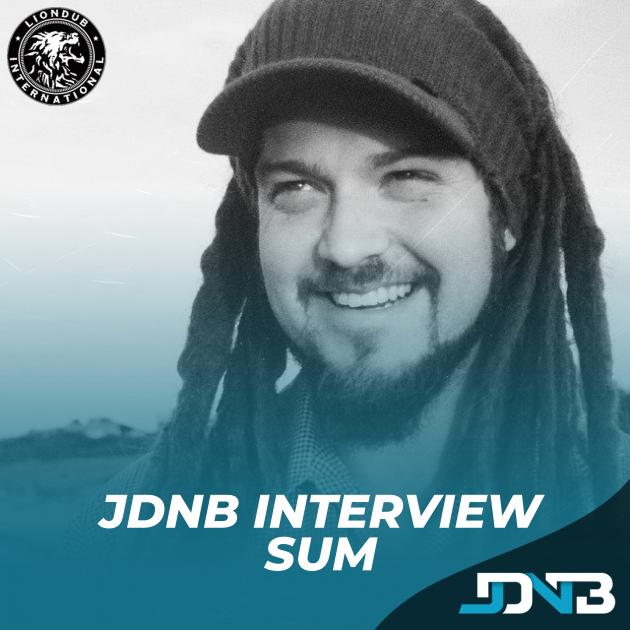 We had a little chat with US producer SuM, who recently had his 'Massive' EP drop on the legendary Liondub Street Series. The veteran US junglist has been crushing dance floors for over 2 decades with his vast array of productions and wild live PA sets. Starting early on with old school ragga jungle, and dubwise mashups, he soon began to incorporate other styles into his productions, building a slew of releases and gaining notoriety in the atmospheric, darkstep, drumfunk and minimal/halftime drum & bass communities.

My name is Jeff Bright and I’m from Germantown, Maryland, US.  I’m married to my lovely wife Jamie and we have two little girls that are 3 and 7 years old.  I’m a horticulturist and I work at a high end garden center and manage the woody trees and shrubs department.  As you might imagine there is very little time for music but I make it work!

I come from a very musical family.  My father played organ and piano for several churches and my mother was a choir director and singer.  Since my parents' interests were mostly in sacred music, I of course became fascinated with industrial, metal and punk.

Guitar was my primary instrument and I took 4 years of classical lessons in high school.  I played in a Jazz band briefly but when the director heard me adding my own parts he stopped the band and asked me to play it exactly like it was on the page.  I thought it sounded stupid the way it was written so I quit and started an industrial death metal band instead.

In 1992 I was selling frozen fruit popsicles at a huge outdoor concert.  I think the 10,000 Maniacs were playing but I didn’t really care for them. I heard this 4x4 kick drum coming from the parking lot and I went over to see what was going on and I saw huge speaker stacks and people dancing to bizarre dance music with bizarre oversized clothing.  I will never forget the tune “Poing” by Rotterdam Termination Source came on and I thought “WHAT IN THE FUCK IS THIS???”  I’ve been obsessed with electronic music ever since!

What's the jungle drum and bass scene like where you're at, and what events would you recommend?

I used to play out and tour regularly a long time ago and just played my first show in 8 years!  I smashed it too! Played in Fairfax VA at a club called Transit.  Other than that I haven’t been to a show since before my oldest daughter was born 8 years ago so I’m not really sure about the scene. I’m hoping to start playing out about once or twice a month.

The best genre ever.

I never really thought I had what was considered a sound but now I think I’m finally getting it where I want it. I have always thought that jungle/dnb was a futuristic kind of music so I’ve always been interested in coos synth sounds and crazy bass sounds but I’m also obsessed with old school jungle so I like to have elements of that.  Dub, ska, rock steady and dancehall are major influences.  Tribal percussion, sounds and dark atmospheres can be heard in many of my tunes. Breaks are a huge part of my sound and the amen in particular.  Even as rinsed as that break has been I still love chopping it, mangling it, stretching it, reversing it, pitching it…..Don’t get me wrong I love other breaks but there is something special about the amen!

What producers stateside should everyone be watching right now?

So I just started buying random techno tapes or cd’s and I had no idea about the different genres or anything.  So it was completely luck of the draw.  Getting London hardcore or jungle was impossible in the early 90’s.  I discovered gabber first and I was way into it for a while.  I bought one of the Speed Limit 140 bpm + tapes and it didn’t have many 4x4 kicks and it perplexed me.  I didn’t really like it that much but it started to grow on me.  I for some reason kept buying the Speed Limit Series and by volume 4 and 5 I started to really like it.

I remember I had just started smoking pot and my buddy put on Shy Fx – Who Run Tings and told me to listen in the headphones.  That was the moment I knew I loved jungle.

Liondub Street Series Vol.66: Massive is out now. How does it feel to finally get it out there and to be on the label too?

It did take a long time for the release to come out but it’s a wonderful sense of accomplishment.  It feels great and I’m very proud of it.

Which track did you have the most fun making from the EP?

Definitely “All Massive”.   Originally it was not an amen tune.  I had spent quite a bit of time on the bass but the drums I had in there were a simple steppy thing with very few edits.   After several weeks of listening to it I wanted to see what some amens would sound like on it.  It sounded so good so I decided to make it hit as hard as I possibly could.  It took numerous mixdowns but I finally got it sounding big and I learned a lot about sound in the process.

Touring Europe, having a tune signed to Renegade Recordings and getting a release on Liondub International!

I have many vst’s I like but my favorite instruments are Serum and Omnisphere and my favorite effect is Audio Damage Dubstation which is a fantastic sounding dub delay and is very much part of my sound.  I think I’ve used it on every track I’ve made for the last 10 years and I also use it in my live sets for live dubbing.

For me the best inspiration comes from the samples I take.  When I find a sample I like it seems like the rest of the tune just writes itself.  I’ll often just take samples for several days then start to see which ones are in the same key and play around with playing bass lines or guitar parts.  It’s so much fun that I wish I could do it all the time.

When sending out tracks I think it’s important to send a personalized message that tells a little of who you are and why you chose that label.

Also getting a Patreon subscription with an artist that can give you feedback is invaluable.

If you could remix one track from the Liondub International back catalog, which one would it be?

That is a very difficult question but I think it would have to be Earthbound by Margaman.

My favorites change day to day and there are so many so here are 10:

Margaman – Deep in the Jungle

I want to continue releasing music and playing more shows.  I plan on buying more hardware for my studio like a mixing desk. There is one release coming out in the near future that I think is some of my best work.  I played guitar on it and worked with a Jamaican vocalist on a few tracks.  I would say more but I know the label likes to keep it a secret.

What a great resource! Thanks for your hard work!

I’ve learned a lot about production over the last two years and there are definitely some individuals I would like to thank.  I took a couple private lessons with Guzi DNB and Speaker Louis and both were extremely helpful in helping me figure out how to get a bigger and fuller sound.  Conrad Subs, Teej, Sikka, Joely, Myth and Epicentre (EAR Audio) have also been kind enough to listen to my tunes and help me figure out how to make them better.