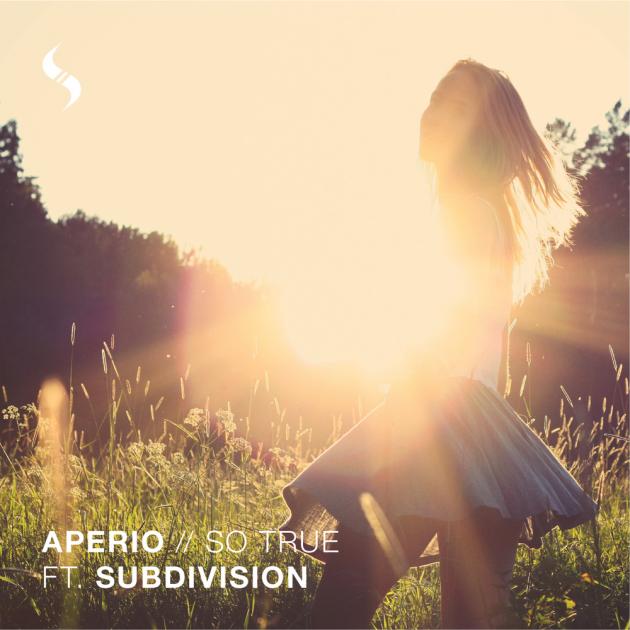 The rise of artists like Aperio has been watched closely since drum & bass became one of the most defining parts of modern dance culture. With a host of releases for the independent labels which are an imperative part of the genre’s grassroots, his music has been infiltrating sets from dancefloor to dancefloor. And he joins the roster of Soul trader Records, a label who’ve already ensured 2017 stands as yet another year to build on an already impressive fan base. Alongside blossoming talent such as Aperio, they’ve secured themselves a solid position amongst the imprints who are leading the charge for independents on the global drum & bass markets.

Double sided single ‘So True’ and ‘Discoveries’ ft. Subdivison dives you head first into the intricately laid out world which has made Aperio such a promising newcomer. With punching, strident drums, carefully prospering melodies and instrumentals which add layer after layer of striking musicality, Aperio continues to extend himself into fresher waters. Softly held sonics and a dainty composition help to add to the track’s intricacies, demonstrating yet again why Soul Trader has become renowned for their output of liquid drum & bass. And following the signing of Aperio’s forthcoming single, it proves that they also have a talent for finding the burgeoning producers within drum & basses creative realms.

On the flipside, Subdivision joins the line up of artists who showcase themselves on Soul Trader, proving their enviable army of aptitude. ‘Discoveries’ rolls forward with the same frame in mind as previous track ‘So Ture’, although Subdivision brings his own signature to sift throughout its composition. A weaving bassline lays itself underneath the record, whilst each stab elevates you higher with every layered segment. When Subdivision and Apero are brought together, it’s easy to expect such meticulously fashioned results. However, they take you to a new level with the merging of their musical minds. Soul Trader pedestals this union and provides a home for yet more intelligently crafted music. Both ‘So true’ and ‘Discoveries’ once again push the Soul Trader brand onto the scene’s forefront, heralded by the artists who make their back catalogue so identifiable.