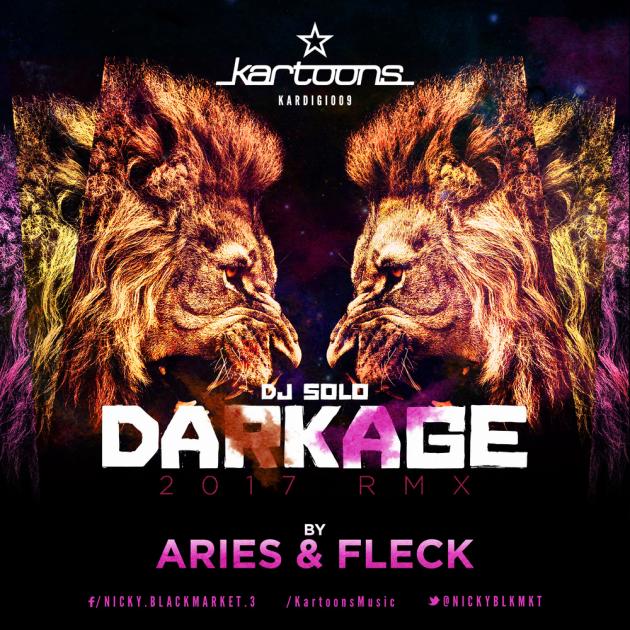 When DJ Solo brought the original version of ‘Darkage’ to the underground scene in 1993 it caused absolute mayhem. With support from literally everyone, it featured on thousands of tape packs and was one of the true anthems of its time. Even to this day it still sounds fresh.

Aries and Fleck have taken literally everything that made the original special and reworked it for not only the modern audience but for those who were there in ‘93. ‘Darkage’ is one of those tunes that never really left the hearts of original ravers and this really is demonstrated by Aries and Fleck who were no doubt in the front row at Dreamscape when Ratty, Grooverider, G.E Real and Slipmatt dropped the original.

Nicky Blackmarket’s Kartoons is proud to finally be able to release this official and it’s testament to the saying ‘good things come to those who wait’. This is a real jungle anthem for 2017. No imitation, no bootleg, just true jungle music for the underground.