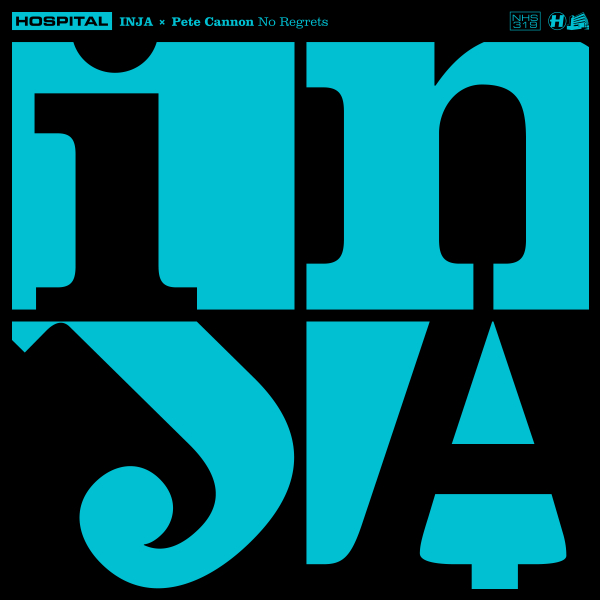 Everyone's favourite MC and newest Hospital signing Inja has teamed up with fellow hip-hop extraordinaire Pete Cannon to create a molten hot fusion of slick lyricism and infectiously energetic jungle in his new single 'No Regrets', that was given an exclusive first play by BBC Radio 1Xtra's DJ Target.

Having taken the scene by storm this year with seminal tracks ‘Blow Them Away’ and 'Flashlight', Inja is regularly the certified mic controller of choice for A-list DJs such as Zed Bias, Randall, Holy Goof, Diemantle, Sigma, and S.P.Y. His quality matched only by his versatility, spitting on hip hop, 140, jungle and D+B.

Pete Cannon is perhaps the most prolific hip-hop producer on the UK circuit. Venturing away from his funky and up front boom bap beats, he’s favouring all things jungle recently, and much like his partner in crime Inja, his prowess and skill is kindred to his adaptability.

There is undoubtedly no hotter lyrical prospect in D+B right now than Inja. A man raised on hip-hop turned champion of the full spectrum of bass music, it’s with great joy that we officially welcome Inja to the Hospital family