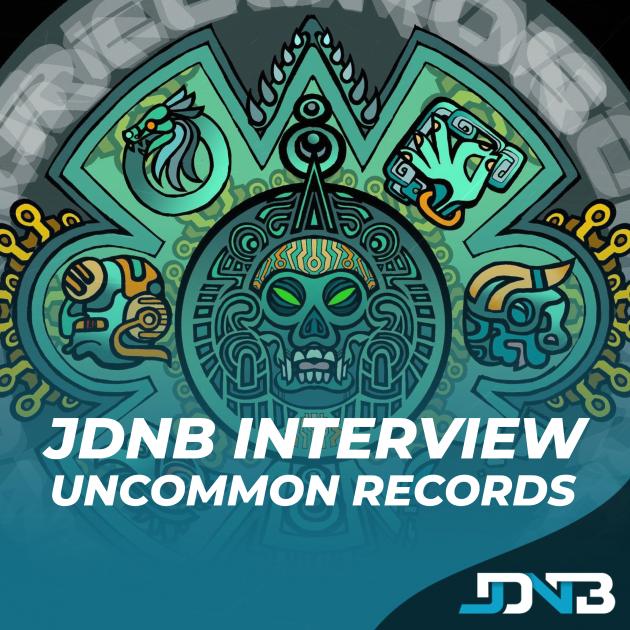 Uncommon records is all of these things: Record Label, Festival Community, Social Project, Positive Vibration. An extra dimension to The Common, this is where sonic realities morph and a new audio awareness awakens. Uncommon Records focuses on Jungle, Hip Hop, Reggae, Drum & Bass and dancehall roots. With an aim to showcase incoming and guest producers alongside homegrown crew, the Common factor with all of these is a shared understanding that the music and the message are inextricably linked, as is the experience and the understanding. We are an alternative community that believes that music can heal and shape and positively affect everybody, and that the time on the dancefloor is the best medicine. 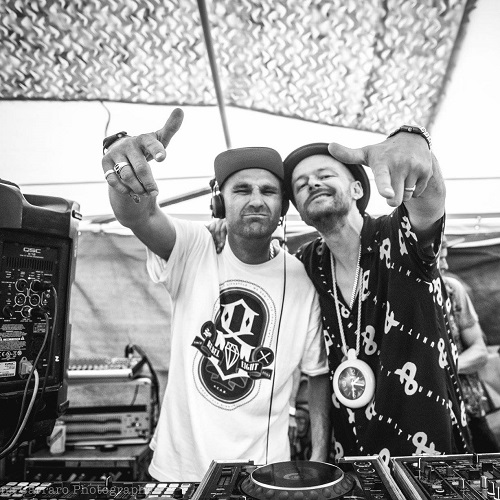 JDNB talks with the team behind Uncommon Records

Firstly, thanks for taking the time out to chat with us. Tell us a little about what you guys have been up to?
Well it's been an odd few years to say the least, but feels like some kind of forward motion is being resumed. Haven't had as much time in the studio as we’d have liked, and have been working hard on other areas of life to be honest. Events wise we’re planning for 2022 to be a big year!!

Oh, and we Just had a release out over Christmas with a legendary vocalist from the scene

Tell us how you came up with the idea for the label?
We’ve all known each other for years and have raved, travelled and grown up together. Essentially we got really drunk in the studio and set out to plan world domination via a series of stone cold classic bangers, but when we came round on the floor in the morning there was an empty bottle of whisky and one track we’d started with a single white noise sample along with 1 bar of an amen break, with the title ‘Uncommon Records’…..its been all uphill from there!! But seriously……we’ve dreamed of having an outlet for our music, and a way to connect with artists we admire, and the label is the obvious and natural way to bring this together. I’ve (Resist) been involved in The Common, one of Glastonbury's famous late night rave areas since the beginning, and the label is an evolution of that project aimed at bringing life outside of Worthy farm and the few heady summer days we all gather there. It's also a core element of our networking ethos, specifically around music, lifestyle and the dancefloor.

How would you describe your ethos?
Record Label, Festival Community, Travelling Family, Social & Planetary citizens, Positive Vibration. In your own words, describe the Uncommon sound? A mix of influences really, We wanted to capture the sound of the Common, which has a really diverse amount of talent performing each year, but we have naturally gravitated towards Jungle DnB, Reggae, Ragga and Hip Hop

Who do you have signed onto the crew?
We’ve got the homegrown family, Resist, Jimbitch and FRD. We've also had releases from Voltage, Vinyl Junkie, Klue, Kanine, Serial Killaz, Aries, Brian Brainstorm, Foreign Beggars and loads more. Each year will see artists put out on the Label who are playing in our field at Glastonbury, This deepens the connection between us and makes it more than just a booking, and cements and widens the community. We hooked up with Gold Dubs towards the end of 2021 so will be seeing him on a release at some point, we also want to develop the younger generation and bring new artists through, and hopefully have some exciting talent connecting with us in 2022.

Who would your dream producer to feature on the label be and why?
There's too many to mention. So many influential artists are out there doing their thing in so many different areas of music and life, that picking out one is impossible. Each year we have someone we respect and look up to putting something out on the label, who we feel is not only smashing out banging tunes, but that has more about them than just the beats. Each time this happens it's a dream.

Talk to us about the new release?
This one features Tenor fly, and has been an 18 month labour of love….He was such a massive influence on not just us but the whole scene, that having the opportunity to remix his vocals was huge. Big up to Dave Capitol 1212 who offered us the opportunity to work with the original, such a big tune.

Without giving too much away, what can we expect from Uncommon Records in 2022?
We have a couple of remixes on the go from some big names in the scene, working with an absolute monster of an original reggae tune, so are really excited about that, as well as some new material from our crew bubbling along. Have also got some sweet link ups with some top producers who will be releasing with us and some new up and coming producers we’re starting to connect with. Next release is from FRD, due out January 23rd. Super technical and excellent producer, big dirty and minimal, the EP is very different to our last few releases

Tell us more about the event side of things. We hear you have hosted stages at some big festivals?
We’ve been putting on raves and festivals since the mid 90’s, and evolved into the mainstream festival world many years ago, and have been lucky enough to be involved in organising and delivering some of the coolest festivals in the UK. (We also run an event management company, so finding time to do everything can be hard!) Stage wise we’ve played The Temple @ Glastonbury, Arcadia, Clash Stage Shangri La, and were the very first act to open the Original Bang Hai Palace in Boomtown back in 2015. I've got a video somewhere of the fence getting knocked down and the arena going from empty to having it in less than one tune..B2B with Vinyl Junkie…EPIC! We’ve also played Scrapyard & Sector 6 at Boomtown in 2018 which was monstrous!! that venue was insane. 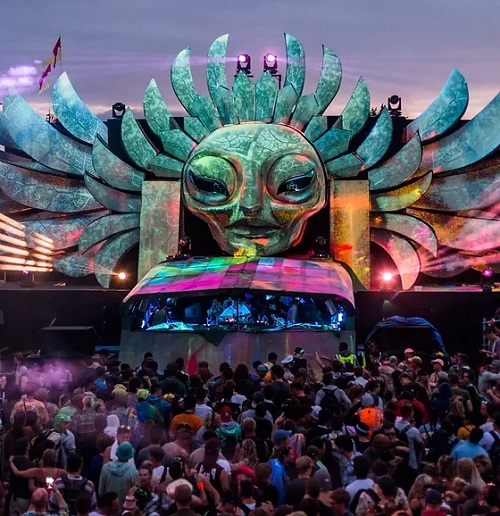 Wicked stuff! Which was your favourite?
Nothing beats the Temple in The Common. It's definitely the most underground and having-it rave venue at any major festival. The original version was really special, intimate and magical. We were part of the original design team and there's some genuine magical symbols over the entrance that we developed to make sure that each time it was live the audio ritual would reverberate and ripple through the rave time continuum backwards and forwards through time with full power. The vibes have always been level 11 and we don't see that changing anytime soon

Any stages confirmed for 2022?
Some great stuff in the pipeline we can’t say just yet as its not 100% confirmed, , but we run an area at Boomtown called The Renegade Street Rave, which is back again for 2022, and have plans to turn it into a stand alone event this year on an amazing site we’ve secured…watch this space…

Let’s chat about the Uncommon Network. You collaborate with people from all over the world
After leaving the UK, we spent over 10 years with our sound systems travelling Europe putting on, and being part of, the biggest free party festival and Teknival movement of our generation. We still have really close links to all the crews and rigs that we met during that time, and The Common core crew is actually made up of 4 people who are from Bedlam, Desert Storm, Total Resistance and Sound Conspiracy sound systems…proper old school collectives. Music wise the label also has close ties with Monkey Marc from Australia, as well as working with some of Jamaica's best vocalists and have strong Latin connections with Mexico and Brazil.

We also work with Circolombia, one of the worlds best and most respected circus performance companies who perform Circus Concerts where they sing and rap and do triple double mental flips and tricks - it's actually insane. We've directed and produced music with them for over 12 years and have travelled the world; hearing our music on Broadway was a trip!

Describe your vision of what the future holds for the brand?
Continuing the journey of creating and releasing great music, meeting and collaborating with amazing people and artists who have vision and energy, performing rituals on the dancefloor to push the positive energy ripples out through shared experience. Help maintain the balance on the planet, and in any way possible make the world a better place.

What would you say you like most about the www.jungledrumandbass.co.uk website?
It's a wicked one stop resource to access loads of elements of the scene, from music to events and artists. It's a really solid window to our world and a great ambassador for jungle dnb and all the vibes that come with it - its not a style of music it's a way of life!!!

Thanks for chatting with us, any shoutouts or dedications?
You lot for having us, Steve, Kerry, Jake, Dan and The Common crew, FRD Uncommon, and the rave family worldwide.