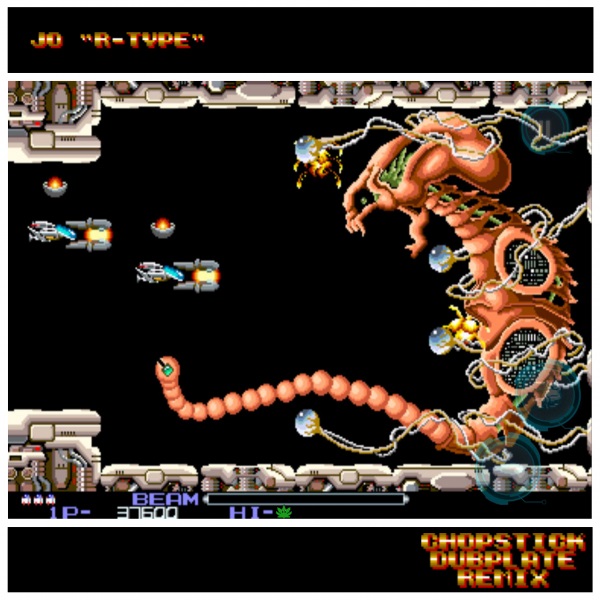 Lets go back to 1993 when Jungle ruled the airwaves.. Ponytails, funky dreads & MA2 bomber jackets was the fashion and the 8Bit sound of Nintendo Game Boys could be heard emanating from every teenagers bedroom. If you frequented the hot sweaty raves of the 90's such as AWOL, Jungle Fever & World Dance, then the Jungle anthem “R-Type” by Jo would have been the soundtrack to your ecstasy-fueled weekend.

Now it's 2018, and it seems everyone is returning back to the Jungle! This classic anthem “R-Type” gets the remix treatment from the International Jungle Sound known as Chopstick Dubplate, and the lads didn't disappoint. Written & produced by Aries & King Yoof, Chopstick’s take on this timeless classic keeps it close to the original while giving the tune an update for 2018. Calling all intergalactic warriors! Step up to the controls of space fighter R-9, and defend humanity against Bydo, the mysterious and powerful alien life-form!

Support already from Nicky Blackmarket, Remarc, Congo Natty, Grooverider, Potential Badboy & Randall
Quotes: Clayton Renegade Hardware: Big up King Yoof & Aries, You did it justice.
Funky Flirt (Kool London) You know why I'm calling you up at this time of night, I need that remix.

Chopstick Dubplate would like to say a special thanks to Slipmatt & Lime (Awesome Records) for giving us the permission.