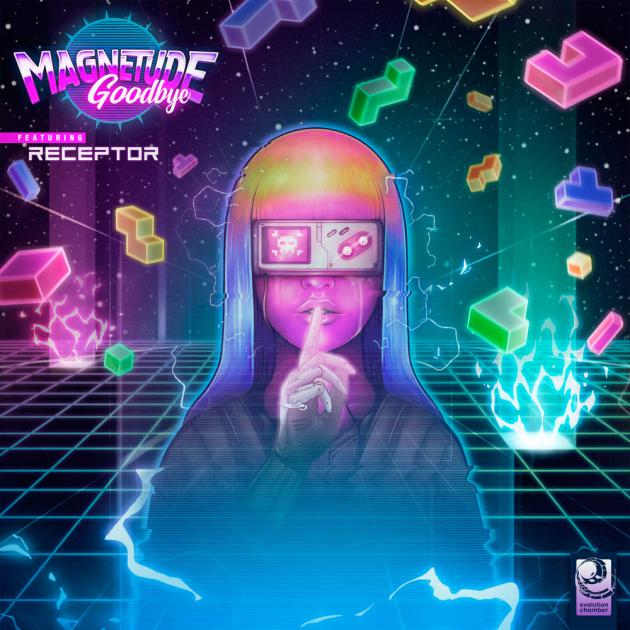 Inbound this summer on insurgent drum and bass label Evolution Chamber comes a collaboration of epic proportions from three of its co-founders. Fast-rising international duo Magnetude and Russian Neurofunk lynchpin Receptor have joined forces for the anthemic new single “Goodbye”.

Both known for striking a fine balance between sparkling melodies and dizzying crescendos, Magnetude and Receptor make for a hotly anticipated tag-team, with the two acts collectively boasting some seriously impressive credentials.

With past releases via D&B strongholds RAM Records, Viper Recordings and Eatbrain and glowing endorsements from BBC Radio 1’s Rene LaVice and DJ Target already in the bag, Anglo-Russian twosome Magnetude have forged a path for themselves as some of the genre’s finest innovators, while long-standing Moscow-based DJ/producer Receptor has been heralded as a pioneer of the Russian scene, working with everyone from Noisia to Black Sun Empire.

“Goodbye” finds the three creators each bringing their A game, coming hot on the heels of their latest releases on Evolution Chamber – titled “Trail of Tears” and “Avocado” respectively and both released in 2020. Bringing together reverberating guitar licks, floaty pads and happy hardcore-infused leads, it’s a whirlwind of a track, flitting between shuffling, trip-hop-esque breakbeats, junglistic rhythms and trance-leaning four-to-the-floor sensibilities – punctuated by twinkling, happy hardcore-inspired leads and euphoric vocals – to make for characteristically spellbinding results.