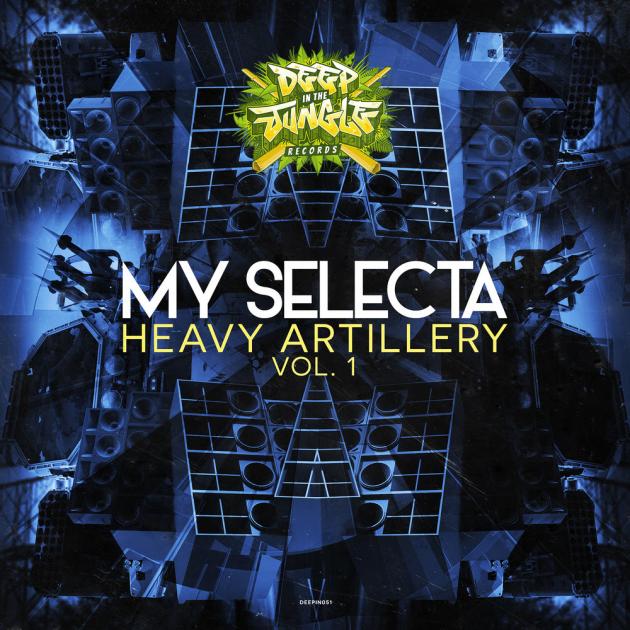 Label: Deep In The Jungle Records

Award winning label Deep in the Jungle brings you some new music from 'My Selecta' a new producer who we would like to welcome to the Deep In The Jungle Records family! Over the last few years he has gained great support including his tracks being played on Radio 1 amongst other Radio stations. He was previously more prominent in the Bass music scene but recently he has been getting back to his roots and making lots of fresh Jungle music. His debut EP 'Heavy Artillery' is scheduled for release on the 6th July and we cant wait to show you what a great versatile producer he is and certainly one to watch out for in the revival of Jungle music!

The EP starts off with 'Get Up' a naughty rinseout with a different riddim to mash up the dancefloors, then we have 'It's On You' where My Selecta showcases his more atmospheric rolling talents. 'Run' is a track which should go down well with the half step crew and als o shows why My Selecta could be a new force to be reckoned with in the new Jungle revival movement. Last but not least we have 'Hold On' where My Selecta goes all out for this dread influenced piece of steppy Jungle goodness! All in all its a versatile EP which shows the many different styles of Jungle music and how diverse the genre can be if you look in the right places.

"We hope you like our latest release and we have plenty more coming soon from DJ Hybrid, Kumarachi, Epicentre, RMS, Veak and many more"

Deep In The Jungle Records: