Veak - Born In The Jungle EP 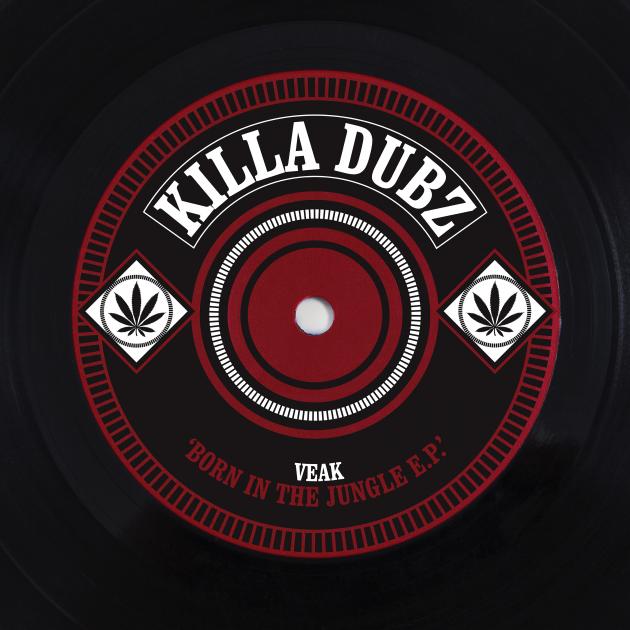 Killa Dubz, a label known for it’s brash, unfiltered jungle music is back once again with a non-stop supply of real music for the underground. This time taking onboard Veak and his ‘Born In The Jungle’ EP. Expect a ton of hard hitting Amen beats and bass as this Serial Killaz offshoot sends fe de hacksaw.

The EP’s title track ‘Born In The Jungle’ sets the tone firmly and cranks up the roughneck dial to 11. Combining an onslaught of metallic vocal loops and risers, this is Amen devastation at its finest and will no doubt fit right at home at your next squat party or warehouse rave.

‘Coca Cola Bottle Shape’ links some very known lyrics with ‘94 Breakbeat flavours, mixes it all together and outputs a very distinctive riddim that screams nothing short of a jungle anthem for 2017. One for the ladies crew!

Talking of anthem, just wait for ‘Shadow’ to unleash! A total war tune filled with more snare rolls than a 60 minute set from Grooverider in ‘93. The beat programming on this tune is certainly something else.

Finishing the EP with ‘Veak and Vini Selecta’, a somewhat self titled tune, once again aimed at the dance floor. Amen’s, Amen’s and more Amen’s all chucked together at various pitches alongside that deep sub-low bass which sends warning shots left, right and centre.

Veak has really raised the bar for proper jungle production with not a jolly, bouncy Breakbeat in sight. Rough, rugged and raw from start to finish.