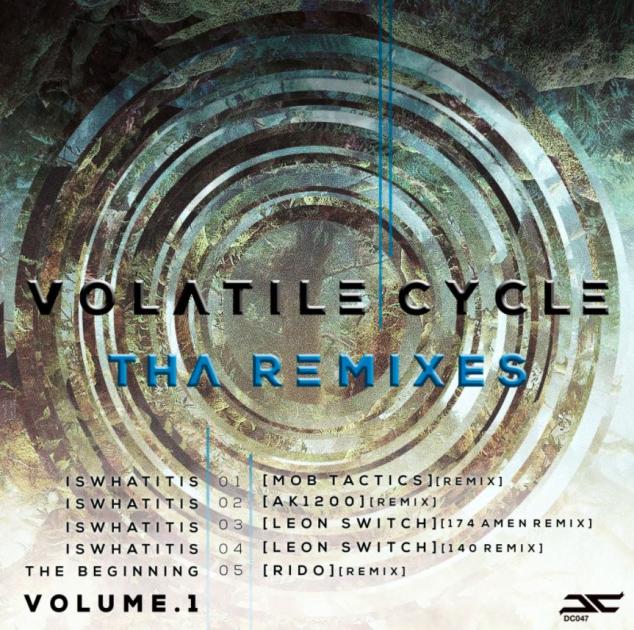 Recent years have seen Mob Tactics revel in creative freedom. Releases like the 'Body Check EP' and the Ryme Tyme - laced 'Tweakers' have demonstrated multiple facets to their sound. Unconstrained by sub-genre limitations, the one thread that binds all their work is that commitment to making ravers move. Complex and technical, but with an irresistible edge of funk aimed straight at the dancefloor, Mob Tactics established their brand of drum & bass circa 2010, and quickly caught the ear of the likes of Andy C, DJ Hype, and Chase & Status. Signed and certified by some of the biggest DJ's and labels in the scene, we've got a feeling they're just getting started.

So. Ok... This one... right then, prepare yourselves. Leading off with some old school Bukum style pleasant chords Mob Tactics come hard on the switch up with some serious screw face stomper business. The classic Duke Nukum style vocal tees up some vicious drum workouts that body the track and will body the dance floor every time. Pure shirts off, fight music right here so keep your guard up!

The longest running D&B DJ in the USA and founder of Big Riddim Recordings, Dave AK1200, has been a driving force within Drum and Bass culture in America since its inception. He is known for his abrupt style of live mixing and spontaneously programming groups of tunes into unforgettably raw sets. With continuously standard setting tunes to the die-hard fans, D&B music is quickly becoming the next target for the masses that seek the one true sound they can commit to. AK1200, with his explosive sets and constant cheerleading for the D&B community, continues to encourage and inspire new and old fans, DJ's, and artists alike.

For the sing along crew this one's on a German language tip for AK1200's outing on his Is What It Is remix. Forging a unique version with driving hats and snappy drums that combine set a driving pace throughout. The wonky keys go alongside the heavy bass stabs to create a very special vibe in the dance.

With releases on imprints such as MetalHeadz, Frequency, Freak, Monitor and Penetration to name just a few, he had recorded and remixed for some of the scene's true pioneers and then 2007 was to see his debut Album 'Lost all Faith'. 2008/9 and a change of tempo and name, pushed him into the limelight. November 2019 Leon starts off the score for the new VR Game Distortion VR. Leon has several collaborations on the go with many artists and companies, including: Italian composer, arranger, producer and guitarist Eraldo Bernocchi, in a signed album project called Rotor, LA based producer Kelly Dean and Netherlands based producer Christian Engelen in NoTaN, and owners of Kuro Records.

Landing the double outing on the remix work, Leon Switch returns to his roots on this upfront D&B banger. Building the delayed kicks and ominous intro this one lands hard, coming out the darkness with ALL the ferocious drums blazing. Weapons-grade business right here.

Track 4 - Is What It Is [Leon Switch 140 Remix]
Same great talent with the same history as Track 3, but another genre.

Leon Switch, formally part of 140 godfathers KRYPTIC MINDS, brings his trademark atmospheric synths and beautifully layered and distorted bass melodies to this 140 rework of Is What It Is. The urgent and twisting B lines, and punchy drums counter the haunting breaks in true Leon Switch manner.

Pavel Rido has gone from an artist who's shaped the face of the Czech Republic music scene to becoming a mainstay part of the wider drum & bass fabric. With names like Metalheadz, Blackout, Subtitles, Hospital, Viper and Circus playing host to his sounds, he's stretched his catalogue across the most important platforms, and not just those who are known for their harder sounds. Check Rido on the following labels: Rido Music / Circus / Metalheadz / Viper Recordings / Blackout Music.

Rido spins out some frantic button work on this one. After a serious and ominous intro drenched in that 3am rave sweat, the tune catapults into your face with rapid machine gun beats alongside crunchy compressed B lines. Much like the original this is a beast, and Rido has flipped it once more, making it his own. This is on an out there tip for sure!

With these artists' inclusion into the Dissected Culture familia the roster of astounding talent is growing on a daily basis, and is helping us to turn Volatile Cycles' incredible origianl work into a power house release that stands apart from the DnB crowd.